In the kingdom of spirit animals, the bear is emblematic of grounding forces and strength. This animal has been worshiped throughout time as a powerful totem, inspiring those who need it the courage to stand up against adversity. As a spirit animal in touch with the earth and the cycles of nature, it is a powerful guide to support physical and emotional healing.

The bear has several meanings that will inspire those who have this animal as totem: 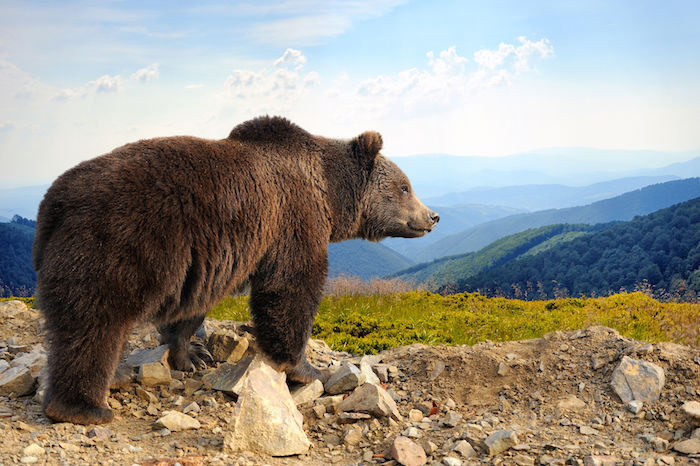 Alive, the grizzly is a symbol of freedom and understanding….

The spirit of the bear as healer and teacher

Interestingly, in Siberia, the name used to designate women shaman is the same as the word “bear”. In Northern America, in the Inuit tradition, the bear spirit animal is also connected to the shamanic tradition and women.

For the Inuit people, the bear is a strong power or totem animal. In some beliefs, it is said that if an Inuit hunter accepts to be eaten by a bear, he may reincarnate as a shaman and carry the spirit of this animal. The polar bear is considered as the “Wise Teacher” as it shows how to survive in harsh conditions. 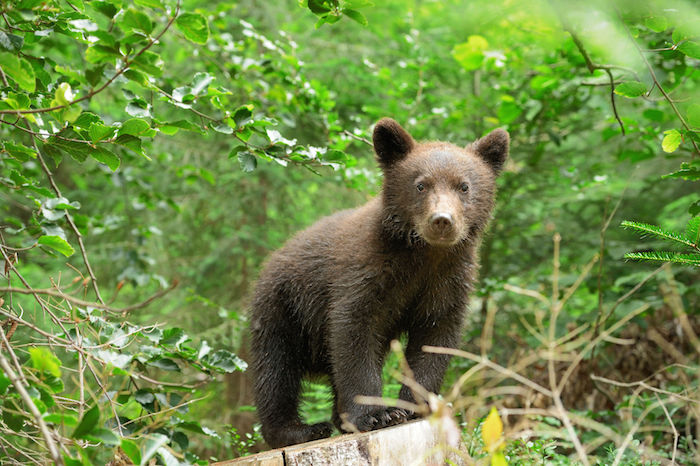 Bears have favorite trees and will walk for miles just to scratch their backs on them.

The bear, an ancient spirit animal worshiped in many traditions

The bear as a spirit animal or totem is one of the most ancient worshiped animals. Remains of bears have been found in many archeological sites in Europe especially, where bear bones and skulls were found together with human bones dating back to the Neanderthals.

It is said that the Vikings would wear bear skins in times of war to scare off their enemies. They would appear as powerful as these wild animals. Bears symbolize warrior spirit and courage to fight. The bear’s spirit would be invoked to help the warriors in the battle.

In ancient Greece and Rome, the bear was a totem animal associated with the Goddess Artemis and Diana, goddesses of fertility. In contrast, for the Celts, the bear would represent the sun.

The spirit of the bear and healing

Since the bear is often associated with shamans in many traditions, this spirit animal can symbolize healing abilities and stepping into the role of the healer. If the bear shows up in your life, it may also be time to take care of your own needs for healing, whether it’s at the physical, emotional or spiritual level.

Be sensitive to where you are at and reflect on where you would most need healing. You can call on the bear spirit guidance to direct your energy in a more conservative or focused way.

The bear is an animal that lives a solitary life. Having a bear as a spirit animal can mean that you find balance and comfort in solitude. The presence of this power animal could point to the need to “regroup” and set up boundaries, so you feel comfortable in your own space. It may be a call to find time away from the crowd or busyness and favor quiet time and rest.

The bear spirit can also be a great helper to dedicate time and energy to more introspective practices, such as self-inquiry or meditation. Call on the spirit of the bear to help you find your center and ground yourself in a strong foundation that will support you in more busy and noisy times.

Dreams are our subconscious minds communicating to us using the language of symbols. Dreaming of bears (or a bear) symbolizes power, strength and protection of yourself or possibly your family. If the bear in your dream is hibernating, it may indicate a need for solitude and to get away. If the bear is dancing, it indicates good luck (or you are having flashbacks of one of those many past Grateful Dead shows you went to). If a bear is chasing you, it may mean that you are avoiding a big situation in your life and it is time to take a stand and deal with it. Bear showing up in your dream may also be a message that it is time to show your power to the world. 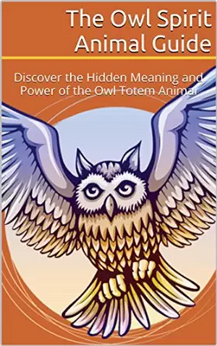 Is The Bear Your Spirit Animal

Post your ideas and comments about the bear spirit animal by using the comments section below.